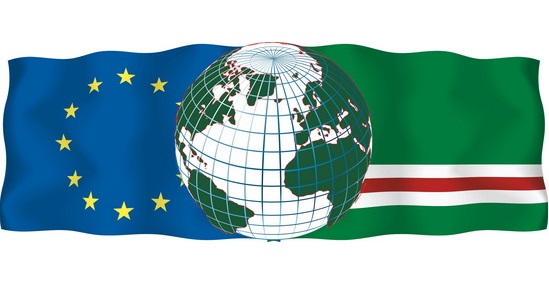 19th of August, 2012
Press-Release of the Chechen Youth Union "Nohchicho"

In this holiday for all believers in one God, after the end of holly month Ramadan, we address our message to you, our dear Syrian brothers. Today, all of you with the rest of Syrian citizens are struggling against the regime of Assad, defending your right to freedom and defending democratic principles of the government's structures. Especially the support of bloody Putin gives the ability for Assad to kill the civilians in Syria. Putin supports Bashar Assad exactly the same way he supported Muammad Kaddafi in his crimes against his own people. And we all witnessed the final result of this.

We address to You in this horrible time to unite in one, which always was the Syrian people, and act in a peaceful-march against the remains of mercenaries of a criminal mode of Assad. Today, Your weapon is not grenade-launchers or bullets, - Your weapon is Your Unity. Today, Your struggle against bloody regime is supported by the entire World whether they are Muslims, Christians or Catholics, because of your struggle for justice. This is why, do not let Putin and Assad to involve Syria in religious and civilian wars. Syrian people has the right to live adequately on the same level as Muslims in England, France and America. Do not deceive yourselves by Putin's slogans of "Crusade" which he screams in Muslim's ears, because he screams of "Islamic Terrorism" to the Westerners' ears.

Today, you have three main goals in front of yourself: first - to make sure Assad is responsible for crimes against the innocents, second - along with international community to rebuild main institutions, and third - to protect each citizen and his constitutional rights to freedom for the sake of the future of the greatest people of Syria! Eid-Mubarak free people of Syria!

The head of the Chechen Youth Union "Nohchicho" Magomed Murtuzaliev